The Scottish Clearances: A History of the Dispossessed, 1600-1900

Eminent Scottish historian Tom Devine chronicles the loss of land in the Highlands and records the voices of those sent into exile.

Eminent Scottish historian Tom Devine chronicles the loss of land in the Highlands and records the voices of those sent into exile.

Eighteenth-century Scotland is famed for generating many of the enlightened ideas which helped to shape the modern world. But there was in the same period another side to the history of the nation. Many of Scotland’s people were subjected to coercive and sometimes violent change, as traditional ways of life were overturned by the ‘rational’ exploitation of land use.

The Scottish Clearances is a superb and highly original account of this sometimes terrible process, which changed the Lowland countryside forever, as it also did, more infamously, the old society of the Highlands. 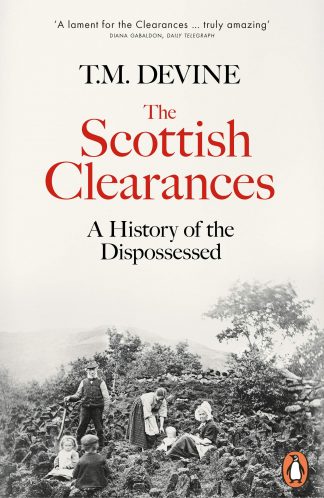