In a veil of mist

A poisoned breeze blows across the waves … Operation Cauldron, 1952: Top-secret germ warfare experiments on monkeys and guinea pigs are taking place aboard a vessel moored off the Isle of Lewis. Local villagers Jessie and Duncan encounter strange sights on the deserted beach nearby and suspect the worst.

And one government scientist wrestles with his own inner anguish over the testing, even if he believes extreme deterrent weapons are needed. When a noxious cloud of plague bacteria is released into the path of a passing trawler, disaster threatens. Will a deadly pandemic be inevitable? A haunting exploration of the costs and fallout of warmongering, Donald S Murray follows his prize-winning first novel with an equally moving exploration of another little-known incident in the Outer Hebridean island where he grew up. 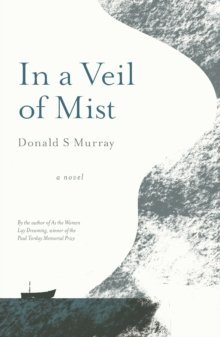