This is a fascinating combination of biographical material about the great Scottish engineer Thomas Telford (1757-1834), and a modern travelogue that revisits the places in the Highlands and Islands where he worked over a period of 20 years. Scotland was provided with desperately-needed civil infrastructure – nearly 1000 miles of roads, 1200 bridges, many harbours, and the monumental Caledonian Canal. Telford’s programme of work was one of the greatest sustained efforts by any individual in the years of Britain’s industrial revolution.

And yet it is little celebrated in Scotland, let alone the rest of Britain and the wider world. After working in England and Wales for nearly 20 years, Telford was called back to his native land to address huge problems in the Highlands and Islands. These included unemployment, depopulation, Highlanders dispirited by poverty and suppression following the two Jacobite uprisings, compounded by living in mountainous regions almost totally isolated from the rest of Scotland. 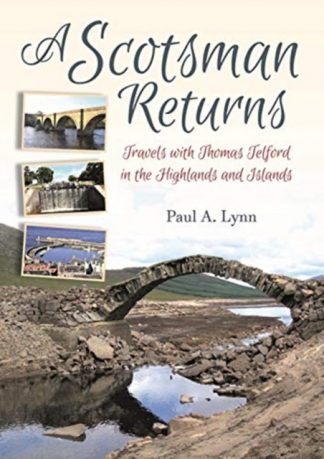